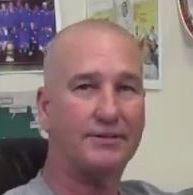 Scott's genuine interest in sports and those who participate in them is what led to the creation of VSI. Scott considers himself one of the lucky college students who was able to receive an excellent education while playing the sport he loves. Scott was an All-State soccer and lacrosse player in High School in New England, while also playing varsity basketball and baseball. As an Honorable Mention All-American in Soccer, he was recruited by Hartwick College where he played all four years, was a member of their 1977 DI National Championship team, and a member of the 1980 Final Four team.

Scott played professional soccer for 4 years and was an assistant college coach for another two. He has watched others who have not been as successful in achieving similar goals and has set out change that trend.